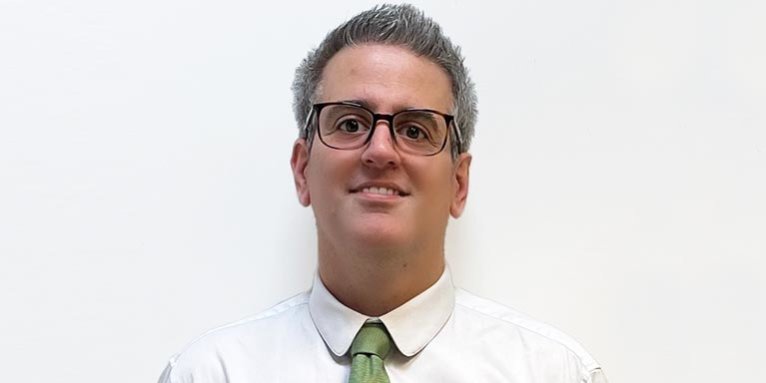 I sometimes wonder, how many people in their 40’s step back and think about their chosen careers? This is something that I’ve asked myself many times before. How did I find my way into my career? And how does my current role match up against the aspirations I once had for myself as a child?

I’ve been thinking about this a lot recently, and more so, how I would communicate this with people like yourself?

To those of you, who perhaps like me went through secondary education in the nineties, do you remember the Morrisby test?  The test was a psychometric test which was utilised and is used in employment and personal counselling. The main function of the test is to help understand a person’s core mental structure, personality traits and possible aptitudes.

I vividly recall a stand-out result to my testing. I was advised to follow a career path where I would be helping people. At the time of completing the Morrisby test, I was evenly split between training to become a marine biologist (I was a very keen scuba diver from a young age), becoming a medical practitioner or joining the Royal Marines. I eventually decided to opt for the latter. After various visits to my local Armed Forces careers office, I decided that my calling was to join the Royal Navy.

After sticking out the Navy for five years, I discovered that I wasn’t quite cut out for the vast number of life uncertainties that being a member of the Armed Forces brings. I left the Navy and jumped into further education. I considered training to become a teacher of sciences, however at the age of just 22, I was still somewhat immature and certainly not ready to work with children who weren’t that much younger than myself mentally.

At this point in my life, I had started to feel somewhat lost. This feeling was followed by several varying half-hearted applications to the Fire service, Police force, Royal Navy (again) and nurse training. I was in a rut and no employment choices ended up being made, but I knew that I would be suited to looking after and protecting people.

It was at this juncture in my life that I began working within financial services. Whilst taking some time out to consider my options, I had taken temporary employment with a mortgage company. This consisted of working within the customer arrears department, typically dealing with homeowners who were facing financial difficulties.

After 9 months in the role, and with some tricky financial exams under my belt, I followed an opportunity to join a company as a mortgage broker. There were a few elements of the job that I thoroughly enjoyed. The first being problem solving. The second was making a considerable financial difference to people’s lives. I had at times, helped people to literally keep a roof over their heads. It wasn’t all rosy however, like many jobs there were negatives.

Eventually, in 2007 the job and my enthusiasm for it had become slightly stale. By coincidence, the financial crisis struck like a ton of bricks and almost overnight my business fell off a cliff. It was time to call time on mortgage advising and use this as an opportunity to explore the world. My countries of choice being New Zealand and Australia.

Coming back to the UK and finding the Insurance industry

Fast forward a year and I was back in the UK, lost and thinking about what to do next and what path my life would take based on the decisions I was about to make. The passion I felt for helping people still hadn’t gone away after all this time, and I had become aware of my ability to effectively empathise with people and communicate with them exceptionally well.

These were valuable skills that I had picked up over the years and it was at this time that I knew I enjoyed the challenges of working in financial services. I didn’t however want to return to the mortgage sector. What followed this was conversations with private medical insurance companies, life insurance brokers and general insurance companies. Out of all of these, I was most attracted to general insurance. The reasons for this were relatively straight forward for me to realise.

The first reason was that working as a general insurance broker would hold more day-to-day variety.  The second, was that I ‘clicked’ with the management team within my first NFU Mutual office (thanks Simon Whattler).  What followed were 8 years of success and a fantastic place to work.  I really did work with some wonderful people; a number of these people remain close friends. It was also during this time that I learned a vast amount about the veterinary sector and specific insurance considerations.

Going back into Education/ Life Sciences

Away from my day job I developed a want to learn about human psychology.  Specifically, mental illness and what causes them. After countless hours of research, I decided to learn another skill set. Whilst keeping one foot in the insurance market, I enrolled on a part time counselling course at the University of the West of England. I thoroughly enjoyed the theories and works of past psychologists.

Whilst studying at University I didn’t move away from the insurance sector. In fact, I felt more immersed in it than ever. I enjoyed working in insurance and didn’t want to put it on the back burner. It was at this point that I decided I would develop my insurance career in a very niche area of protection.  I made the decision to become a Life Sciences and Medical Malpractice specialist.  I’m now 4 years post this realisation, and I can hand on heart state that I love my job. In fact, I would only trade places with a professional golfer.

I communicate daily with my medical and scientific peers, which is fantastic and really allows my ‘inner geek’ to explore exciting areas of life sciences. I spend my days looking after businesses and clinicians who make a positive change to people’s lives. Some of which may even change our lives and the lives of our children in the future.